One Ticket For the Ark, Please 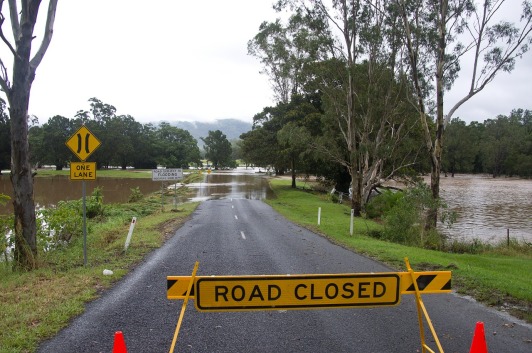 May is always a stormy, rainy month in Oklahoma and this year has been no exception. In fact, this month it has rained so much and so often that we have had massive, widespread flooding throughout the state.

All of this rain and flooding have left people feeling a little weary, a little distressed and a little damp. So it is not surprising that jokes about Noah building another Ark have been running rampant.

Driving to work this week required that I continually readjust my route to avoid flooded or damaged roads. I frequently had to maneuver through minor flooding even on the interstate. It seemed like the roads often went from dry to flooded within seconds.

Friday morning was one of the worst. Just as I was leaving the skies opened up and began dropping their contents in bucket fulls. The ground was much too saturated to hold another drop and the roads quickly began to fill with water. As I slowly and cautiously made my way to work I began to wonder if maybe I would see an ark being built around the next bend…

As I thought about Noah and his ark, I was reminded that in times of trouble our Heavenly Father is there for us. Our troubles may not be as large and dramatic as the flooding of the entire earth, even though they may seem so to us at the time. The dangers we face may not require the building of an ark, but He will send who or what we need to help us through.

2 Responses to One Ticket For the Ark, Please